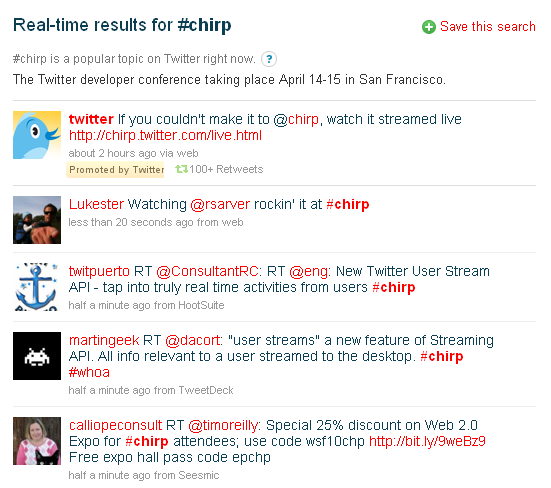 Two days ago, The New York Times reported that Twitter was planning to roll out promoted tweets. Well, kids, today I found the first one of its kind!

Hopefully this is a step towards truly relevant ads. Dick Costolo of Twitter told The Times that users would not see ads they did not find useful. That seems like a feat unlikely to be solved anytime soon. Good luck on that one, Dick!