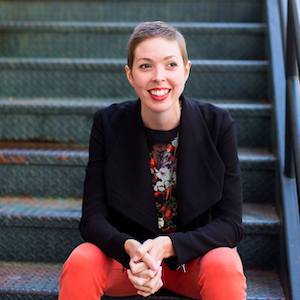 She is the founder of fine antique, vintage, and estate jeweler Edith & Aster and digital strategy consultancy Southern Swallow. She has written for Forbes, Fortune, and The Wall Street Journal, among other publications. She has spoken at SXSW, Web Summit, and Lean Startup Conference, among other notable forums.

Erica began her career in marketing at The New York Times and later served as an editor at technology news site Mashable, director of community at media tech startup Contently, and VP of product at education nonprofit Noble Impact. Beyond her roles at these organizations, she has worked on a number of high-energy projects with teams at TechStars, WeHostels, Saatchi & Saatchi, and New York University. Most recently, she served as the first marketing hire at construction technology startup, HaulHub Technologies, building its marketing practice from the ground up as director of marketing. Prior to that, she served as director of content strategy at education non-profit Summit Public Schools, leading storytelling for the Summit Learning Program, which powers personalized learning for hundreds of schools and districts across the United States.

A first-generation college student, Erica believes education is the key to opportunity. She holds an M.B.A. from the MIT Sloan School of Management, an M.F.A. in Writing for Children and Young Adults from Simmons University, and a B.S. in marketing and international business from NYU’s Leonard N. Stern School of Business.

Erica’s passion for writing is a thread through her career and the focus of her free time. She is a debut children’s book author with nonfiction picture book series Little Launchers, which is about four real kid entrepreneurs with real businesses. For this series, she was awarded the Highlight Foundation’s 2017 James Cross Giblin Scholarship for excellence in children’s nonfiction literature. The series has also been designated as a Silver Winner for The Bill Fisher Award for Best First Book (Children’s/Young Adult) by the Independent Book Publishers Association (IBPA); a children’s nonfiction finalist in the Next Generation Indie Book Awards; and a finalist for the 2017 SFWC San Francisco Writing Contest.