Once I hit 30, I started thinking about having children and all of the questions that come with becoming a parent: What do I want my children to know, to do, to believe? How do I want them to perceive the world? How will they learn to speak, walk, read? Among those questions: How many languages will they learn as toddlers? Will we be able to teach them the native languages of both their father (French) and myself (English)? And how about other languages? And the cultures that come with them?

In celebration of Multicultural Children’s Book Day, which is celebrated this year on January 27th, I dove feet-first into answering this question by reviewing a series of multilingual, multicultural digital storybooks called Broccoli.

Founded by Wonjin Park while he was a student at Boston University, Broccoli has a rather unique mission — to broaden children’s horizons with diverse stories from across the world. The startup, which is now based in New York, collects traditional stories from around the world and offers them in digital app format for Apple and Android devices.

For my review, Park also sent me a special paperback edition of “Broccoli Bilingual Kids Book Series,” which offers a side-by-side reading experience for speakers of English, Spanish, French, Chinese, Japanese, and/or Korean. At my request, Park sent the English/French side-by-side version, so that I could see what it might be like to read in both languages to a child.

Cozying Up with the Broccoli App

If your child or student is a speaker of any of Broccoli’s included languages, I suggest downloading the “Explore – Broccoli Book Series” app, which is currently available for free and includes a sample book in all six languages, along with music and sound effects. Available via iTunes and Google Play, the app is a ton of fun, even for adult readers!

Storybooks in the Broccoli app can be scrolled through at the reader’s pace, or the app will read to you! In all six languages, the narrators are clear, animated, and easy to understand. One of my favorite unexpected features was discovering that the English mode also includes “Alien,” “Squirrel,” and “Darth Vader” dialects. Though I’m supposedly a very serious author and reader, I giggled my way through the “Squirrel” dialect, having a bit too much fun for being all alone in the house!

The sample book currently featured on the app is called “Magical Millstone” and is a traditional story from Korea. It teaches readers to be kind and generous and also shares a tale of “why the ocean is so salty!” Throughout the book, new words are taught through an interactive click-and-define action. When a reader clicks a highlighted image, the app showcases the word and explains what the item is. In “Magical Millstone,” three definitions given are:

I’m a fan of Broccoli’s mission to gather and share traditional stories from around the world. What I love most about Broccoli is the availability of languages and how animated and versatile the voices of the narrators are. Second, I love the window that its stories enable children and their adult reading partners to peer into — I had never heard this Korean story, and it not only made me think, but also made me smile. And third, I admire the connectivity of a given story and its illustrations to the underlying culture from which it comes.

Broccoli has done an impressive job of illustrating the stories in a culturally-appropriate manner. As you can see in the images shared of “Magical Millstone,” the story’s Korean heritage is very much respected in the illustration style the artist has chosen. One of my favorite designs is on the page that features the elder brother in a boat, surrounded by arches of water in the ocean, with animated fish jumping out of the sea behind him. The style in which the water is drawn reminds me of traditional Korean paintings that represent water in similar manners. (The page is featured in the first photo of this review, on the right.)

Finally, I would be remiss if I didn’t mention that the stories feature a variety of music and sound effects that add beautifully to the stories. The millstone grinds, the rooster crows, and the ocean roars. I was engaged through the entire read, particularly with the app narrator.

Though the app only features one story at the moment, Park says the company plans on launching a subscription service this summer that will launch with around 130-200 books in its library. The stories will first be available in English and will be translated from there, as Broccoli simultaneously continues to build its library of stories. Depending on the pricing, this app could be a great way to expose children to other cultures, teach them how to read and speak other languages, and share with them the joy of reading. Park also says they’re planning on offering a three-months-free deal when a user refers a friend. Four referrals, then, would get a reader a year of Broccoli’s subscription service. I look forward to seeing pricing details, to determine if it’s in our budget! The content is certainly exciting.

The paperback edition is written very much at the same reading level as the “Magical Millstone” book in the app, likely around kindergarten to second grade. As you can see in the photo above, the side-by-side reading experience is optimal for supportive language learning. Suppose a child speaks native English and occasionally speaks or hears French at home, as well. Reading a full book in French might be difficult. With Broccoli’s bilingual books, though, the English side of the book provides a safety net when a child doesn’t know a word in his or her non-native language. He or she can simply learn by context and with the English translation.

The two stories in the paperback edition were thoughtful and centered around a lesson, as “Magical Millstone” was. The first, “Two Brothers” had a very similar lesson to the lesson learned in the app’s sample book. A greedy, wealthy brother refuses to help his poor, kindhearted brother, who eventually becomes rich due to a magical gourd seed he earned from helping a swallow heal its broken foot. The greedy brother is jealous and breaks a swallow’s foot, heals it, and demands that it bring him a gourd seed. When the swallow returns, it gives him the seed, but his seed turns out to not be so lucky. He loses all that he has. Luckily, his kindhearted brother takes him in. The book is illustrated similarly to that of “Magical Millstone.”

The second story, “Little Frog Doesn’t Listen” tells the story of a young frog who always disobeys his mother. Tragically, his mother becomes very ill and dies. I won’t ruin the story for you; I’ll merely say it tells the story of “why frogs cry on rainy days.” The difficult nature of the topic is executed well in the book — topics of death and heartbreak are tough to explain to children. Books like “Little Frog Doesn’t Listen” can help make that learning process a bit easier. Sadly, though, I was unable to ascertain where this traditional story hails from, as the paperback edition does not include story origin and overview details. If I were to suggest an additional feature or detail, it would be including a page before each story about its origin.

The paperback book, complete with two stories, while wonderful in its multicultural content, lacks somewhat in presentation. Printed as an 8.5×11″ perfect-bound cardstock book, it feels more like a school workbook than a book you’d read at home. In this format, I might recommend it more for French teachers or tutors than for parents. That is, unless the form factor is not a deterrent for your mission to teach your child a language. The book is not currently available, but those interested in getting a copy can email hello@readbroccoli.com, says Park.

All in all, I’m a new fan of Broccoli, and I can’t wait until the full library of 130-200 books is available, so I can read more stories. Perhaps the app will still be around when my love and I decide to finally start building our family. My greatest wish for the Broccoli series is that it will capture stories truly from all around the world, so that children everywhere can see the beauty of cultures around the globe. 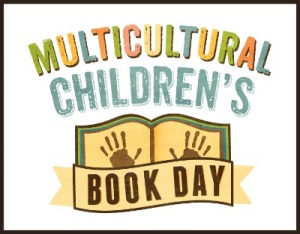 Multicultural Children’s Book Day 2017 (1/27/17) is in its fourth year and was founded by Valarie Budayr from Jump Into A Book and Mia Wenjen from PragmaticMom. The organization’s mission is to raise awareness of the ongoing need to include kids’ books that celebrate diversity in home and school bookshelves while also working diligently to get more of these types of books into the hands of young readers, parents and educators.

Despite census data that shows 38% of the U.S. population consists of people of color, only 10% of children’s books published contain multicultural content. Using the Multicultural Children’s Book Day holiday, the MCBD team is on a mission to change all of that. MCBD 2017’s top sponsors include Scholastic, Barefoot Books, and Broccoli.