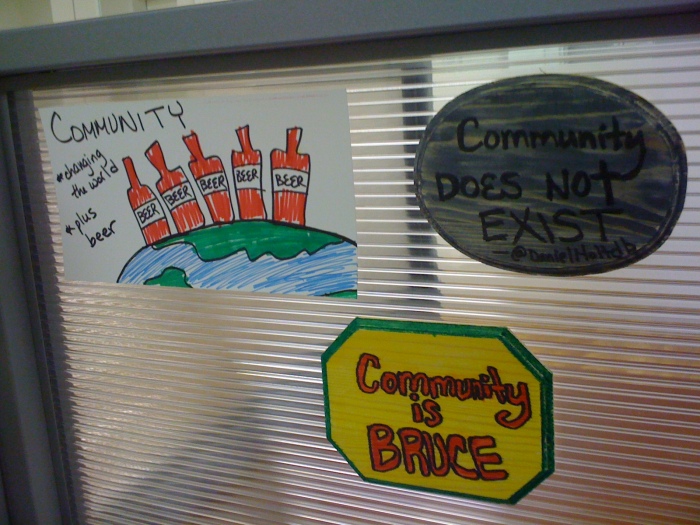 First, each attendee tweeted “What does #community mean to you?” Then, we waited for awesome responses from our followers. After picking out the best responses, each person made crafts to tweet back to their follower(s) (via a TwitPic, or whichever Twitter photo service he or she preferred).

I chose three tweets that made me smile the most. Check them out below and then see what I created, as pictured above. What a fun night.

This idea was inspired by Etsy’s own social media practices. Sometimes when a user tweets to Etsy, its Social Media Specialist David Brown, tweets back with a craft that encompasses the answer. Afterwards, he even snail-mails the craft to the person who inspired it. What a lovely idea, right?

Instead of snail-mailing, I decided to decorate my Mashable cubicle to remind me that my community is awesome. Thanks, everyone!