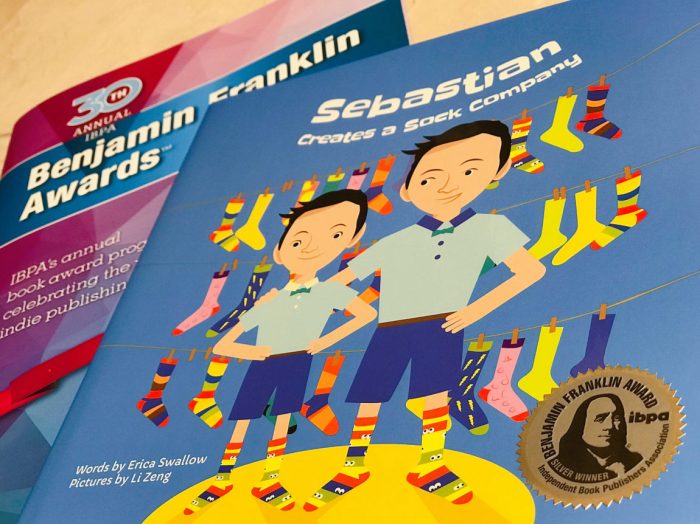 The first book in the Little Launchers series, “Sebastian Creates a Sock Company,” was honored at the 30th annual IBPA Benjamin Franklin Award on Friday. Placing as a Silver Winner for The Bill Fisher Award for Best First Book (Children’s/Young Adult), the book was one of 1,500 entries in 54 categories to the Benjamin Franklin Awards this year. This is an incredible honor, being that it is my debut picture book!

Hosted by the Independent Book Publishers Association (IBPA), the IBPA Benjamin Franklin Award for excellence in book publishing is regarded as one of the highest national honors for small and independent publishers.

The Bill Fisher Award for Best First Book is a special award that recognizes excellent initial titles from new publishers — there are three categories for the award: Children’s/Young Adult, Fiction, and Nonfiction. For each category, there is one gold winner and two silver winners. “Sebastian Creates a Sock Company” was awarded a silver honor. 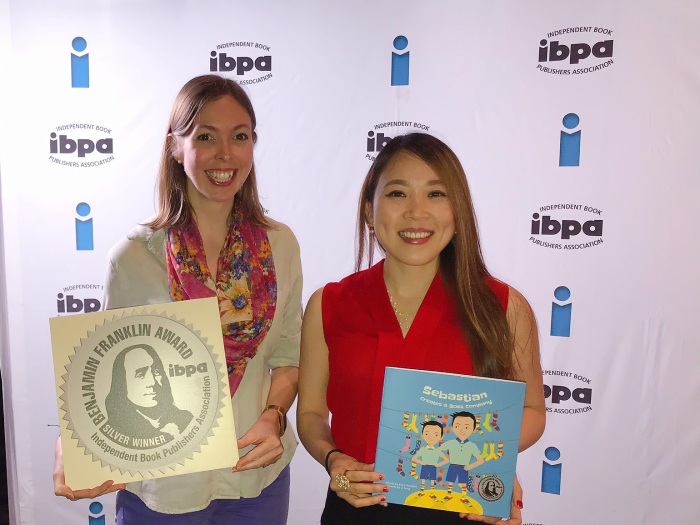 Li and I attended the awards ceremony in Austin, Texas.

Illustrator Li Zeng and I attended the awards ceremony and were ecstatic to be in consideration given the high demonstration of craft of other independent publishers in attendance. “Sebastian Creates a Sock Company” was a finalist with two other phenomenal titles in the category: 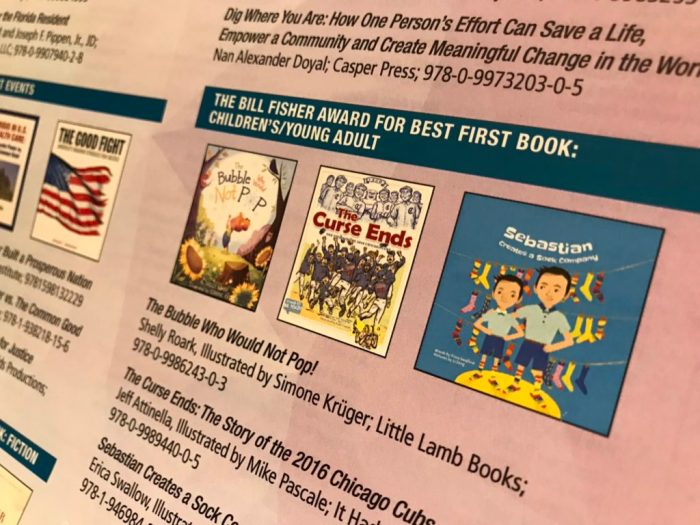 “Sebastian Creates a Sock Company” is the story of five-year-old Sebastian Martinez, who — with the help of his older brother, Brandon — turns his love for socks into a business that not only makes wacky socks, but also enables the duo to finally revamp the school dress code. The story is part of the four-book Little Launchers book series that chronicles real kids with real businesses.

“Sebastian Creates a Sock Company” was also honored at the San Francisco Writers Conference as a finalist in the “Children’s/Young Adult category.

Li and I are excited to be honored for our work and hope that this distinction will lead to even more kids learning about the amazing stories of Sebastian and the other Little Launchers!